I realized I had never posted about my visit to the International Spy Museum and felt I should correct that error right away. I visited both the Spy Museum and the Crime and Punishment Museum the same day. It was a bit much, but if I had to compare, I think I enjoyed the spy museum more.

The International Spy Museum opened in Washington, DC on July 19, 2002. It is the only public museum in the United States solely dedicated to espionage and the only one in the world to provide a global perspective on an all-but-invisible profession that has shaped history and continues to have a significant impact on world events.
The Museum features the largest collection of international espionage artifacts ever placed on public display. Many of these objects are being seen by the public for the first time. These artifacts illuminate the work of famous spies and pivotal espionage actions as well as help bring to life the strategies and techniques of the men and women behind some of the most secretive espionage missions in world history.
Although there are a lot of items from the cold war era (like the mini-cameras used back then) there was still a lot of information applicable to today.  You get to test your powers of observation and listening with some of the interaction exercises.  I enjoyed crawling through and air duct and spying on those below - not as easy as on TV to move quietly in those things!  At the beginning you pick your secret identity and have a few moments to memorize your cover story.  Although this isn't a big deal when questioned it makes it more enjoyable for kids.
The various facets of spy-craft are dissected and it becomes clear that being a spy was a difficult and stressful position to be in.  Actually the first half of the permanent exhibit is dedicated to spy-craft and the gadgetry involved.  It was fascinating to actually see items used by spies and the disguise techniques.  There were several  case studies of spies that have been caught - even U.S. spies.  Information about the FBI and counterintelligence too. 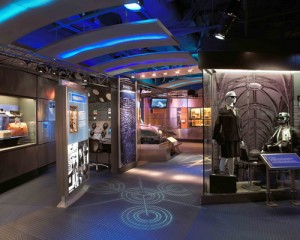 There are several stations to keep the children interested so it is kid-friendly for a museum.  Even the history of spying (the second oldest profession) is made interesting, ninjas have taken on a whole new meaning for me.  Meet the "Sisterhood of Spies", a select few of the many women who were agents from the American Civil War into the 20th century. Information on Julia Child being a U.S. spy even.  This museum merges the sleek Hollywood set-design elements to highlight the artifacts and information to keep it from being just another museum to trudge through. It is also noisy, with spies telling their stories or news broadcasts on the speaker system non-stop. 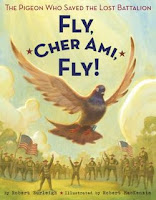 It may seem silly, but one of my favorite information displays was on a decorated WWI war hero - a pigeon.  Cher Ami, was awarded the French "Croix de Guerre with Palm" for heroic service delivering twelve crucial messages. But it was his final mission that is amazing.  On October 1918, Cher Ami delivered a message in spite of being shot through the breast, blinded in one eye, covered in blood, with a leg hanging only by a tendon and having his wings shot through. The message, found in the capsule hanging from his shattered leg, saved around 200 US soldiers of the 77th Infantry Division's "Lost Battalion".  Cher Ami became the mascot of the Department of Service and was mounted by a taxidermist and donated to the Smithsonian where he is enshrined in the Smithsonian Institution, and is currently on display.
The gift shop is amazing in itself with a wide range of items from books, movies, apparel and the usual memorabilia.  I even got me some handcuff themed necklace and earrings - don't know if I will ever be brave enough to actually wear them!  The museum costs $18.00 for adults and $15.00 for children 5-11 years old.  I know that can be steep for a family.  I for one would love to go back and see it again - only I will give myself plenty of time to take it all in next time.